Figured I’d post this here to see if anyone had any insight.

Our Veeam server is a physical that has direct connection to our storage network. Our backup proxy uses Direct SAN access mode with no failover to network mode as we have restrictions on running backups via our production network.

All SAN volumes are presented directly to the Veeam server via iSCSI initiator. All volumes show «Connected» in iSCSI Initiator and all disks are present in Disk Management. Most of our backup jobs finish properly, however, we’ve got a few jobs that are failing with the following error:

Unable to allocate processing resources. Error: No backup proxy is able to process this VM due to proxy processing mode restrictions

Here’s the weird part: when going through the list of VMs that are failing with this error (it’s not every VM in the jobs that are failing, just a handful in each job), some of them are currently sitting on volumes that also house other VMs that backup without a problem (i.e. Server 1 and Server 2 are both housed on LUN001. Server 1 backs up fine but Server 2 is giving the error message).

Windows Updates were run on the Veeam server yesterday, including SQL Server updates (SQL 2012 SP3). I’m not convinced this is the issue as not all jobs are failing (and not every VM is affected). This error only started with the latest round of backup attempts. Our backups have been working fine until now.

Anyone have any ideas as to what this might be? I’d consider it a connection issue with the storage volumes but since some backups work and others don’t I’m not sure. I’ve got a case open with support but so far haven’t gotten very far.

I am receiving an error message wanted to see if any other Spicehead has seen it.

Okay thanks for the replies, I did an upgrade to the newest version to see if that helped. But that didnt do anything, I then proceeded to shutdown all the Veeam services and the Veeam SQL service and restarted them.

After that things were okay.

I did. Veeam Support had to consolidate all of my licenses under one license key file. That fixed it.

Don’t believe it has anything to do with the licenses. Error is different this time. However, I’d suggest to open a case with Veeam support and meanwhile read following: http://itq.nl/veeam-backup-proxies-offline-outdated/ Opens a new window

Okay thanks for the replies, I did an upgrade to the newest version to see if that helped. But that didnt do anything, I then proceeded to shutdown all the Veeam services and the Veeam SQL service and restarted them.

After that things were okay.

We had this same issue approximately one to two weeks ago. Stopping the services and restarting them solved the issue. Simply rebooting the server DID NOT solve the issue.

Also found that restarting the Veeam services restored my backup jobs. Running on 9.0

can some please share with me same issue accrued at my side in Veeam when i try to backup my running machine also so how to i restart VM services because i am using esxi 6.0 Vsphere

This topic has been locked by an administrator and is no longer open for commenting.

To continue this discussion, please ask a new question. 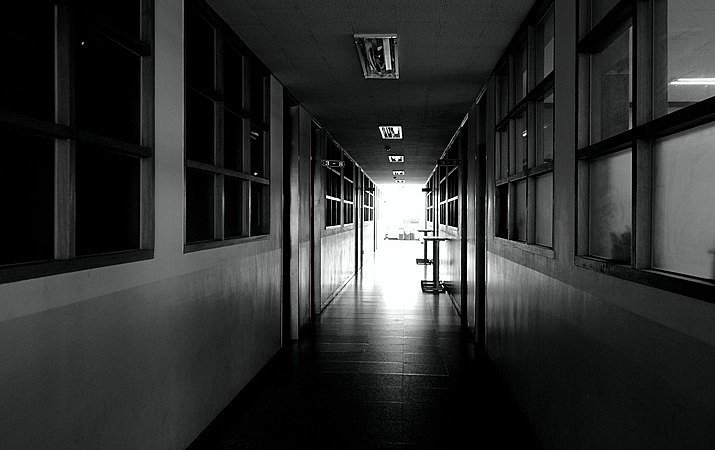 I work as a help desk technician at a high school for a school district. Teachers/students on the building’s third floor have been reporting poor wifi, with their Chromebooks/laptops etc experiencing slow connectivity and random disconnections. We hav. 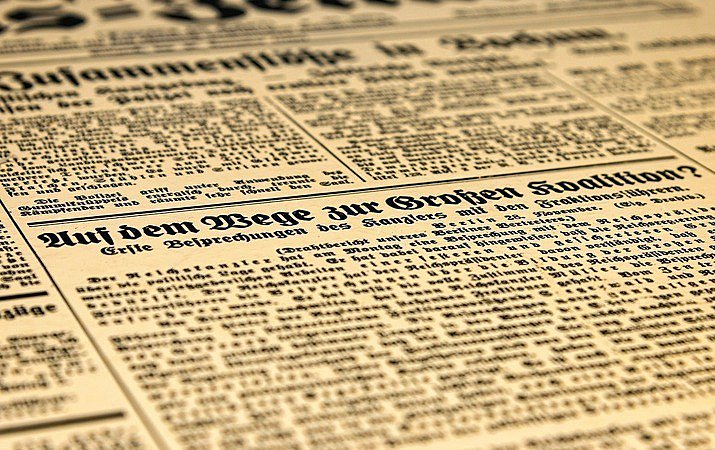 Need help crafting a job posting for an IT Pro

I’d really appreciate some thoughts and advice. I’m looking to hire an IT pro to be our resident go-to for all things IT (device support, SQL Server, network admin, etc) but who also is interested in learning — or even has some experience in — the. 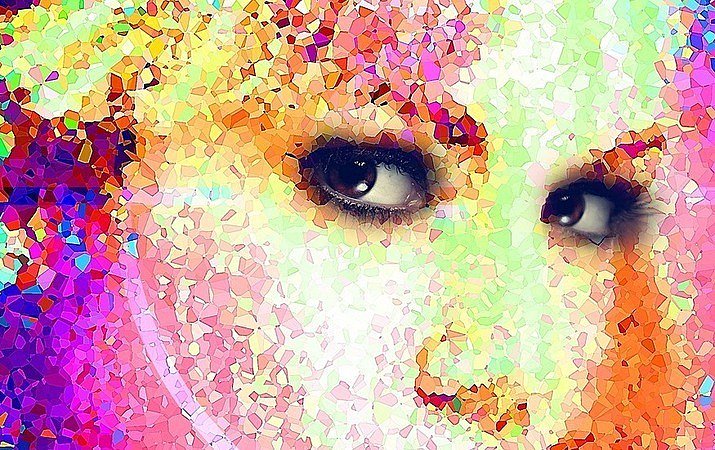 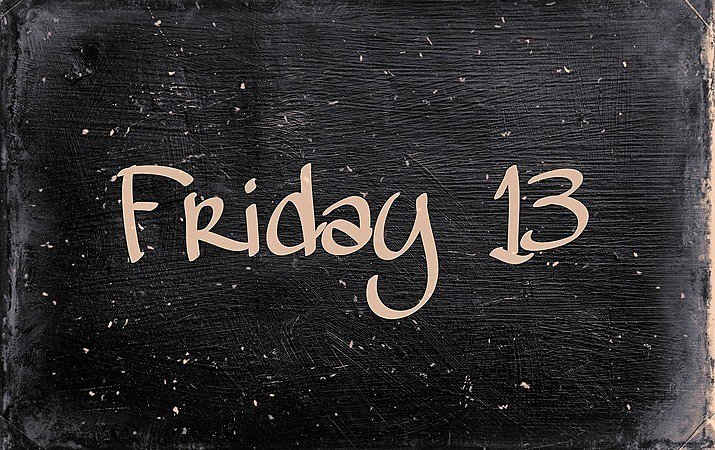 Happy Friday the 13th! This day has a reputation for being unlucky, but I hope that you’ll be able to turn that around and have a great day full of good luck and good fortune. Whether you’re superstitious or not, .

I’ve recently upgraded to Veeam 9 and am getting the following error for Virtual machines located on HV1 «Unable to allocate processing resources. Error: On-host proxy [HV1] requires upgrade before it can be used» I have tried removing the server from VEEAM, uninstalling all veeam transport service etc and re adding so it re installs, restarting the server and the veeam server but still having the same issue.

No the upgrade isn’t in bold like I would usually see if some components need upgrading. I’ve verified that all the services are installed and even manually moved the msi across and installed that way just to confirm it was all correct. VEEAM can read the drives etc it just fails on every VM at that point.

I have exactly the same problem, although my setup is really fresh:

I am trialing Veeam and started with a fresh install of version 9 (9.0.0.902), on WS2008R2. My host is a fresh install of full GUI, WS2012R2 with Hyper-V. I have a single VM guest, which is also 2012R2. I added the host to the Veeam Console successfully and noticed 3 components installed on my host (Veeam Backup Transport, Veeam Hyper-V Integration, Veeam Installer Service — all 9.0.0.902).

When I created my first job, I added my host and left all other settings as default. When I run the job it fails with error «Unable to allocate processing resources. Error: On-host proxy [VHOST1] requires upgrade before it can be used.»

When I look back at the ‘Backup Infrastructure’ tab, I see my host has been moved to Managed Servers > Microsoft Hyper-V > Unavailable. If I right-click this host the ‘upgrade’ option is greyed out.

I have an open support case #01709332. The engineer has already asked me to manually uninstall the components, remove the host, re-add the host, reinstall the components, but this did not fix the issue. I have also been advised to install the recommended hotfixes here https://www.veeam.com/kb1838, but only one fix would install (KB3072380) — the others say «not applicable to your computer» when attempting to install — I guess that’s because they relate to clustering, which is not what I’m using in my simple setup.

PS: I have a ‘standard’ trial license, so don’t have ability to use WAN acceleration.

Any help advice greatly appreciated as this is eating into my license time.

This was resolved by Ivan in tech support. The issues was related to the fact my fresh WS2012 server was previously used by Veeam under a different name but still existed in the Veeam Console. As I side note, I couldn’t delete the reference to the old machine as it said it was still in use by a backup job, which was not the case. However, by removing the job and clicking «remove from configuration» from the Backups list, Ivan could then delete the old server.

Thanks Ivan. Two issues solved in one call!

We were previously using a Hyper V host at a remote site as a «on-host proxy» that would handle backing up VMs to itself and managed it from our Veeam server. We’ve decided to reuse that license for another server and wanted to change this host as a standalone Veeam installation using the free edition license. The problem is that when I try to run a Veeam ZIP job, it fails saying «Unable to allocate processing resources. Error: On-host proxy [hostname.here] requires upgrade before it can be used.»

I’ve removed all of the components, uninstalled everything Veeam related, removed it from the infrastructure on our Veeam server and completely reinstalled Veeam, but it still has this message. Is there something I need to clear out of the registry or something to get it to work?

VEEAM : All backup proxies are offline or outdated.

While helping a customer to install and extend their repositories to accomodate their GFS backups I came accross a weird error.
What I did was this: I asked for some additional storage luns from the storage department to extend my physical proxies,
who happens to be also a repository, like I said with an extra repository to house the backup of the GFS backups.

Then all of a sudden, all the backups failed with quite a particular weird status.

Unable to allocate processing resources. Error: All backup proxies are offline or outdated.

The proxies came back as “unavailable” under the Managed servers location in the Backup Infrastructure pane.
While rescanning solved the problem at first hand immediately, as soon as I tried to restart a backup job it failed
again with the same error and it came back as “unavailable” again.
As I was digging through the log files I stumbled upon the same error, but could not quite figure out what was causing the
error. Everything else was working great, except the backups. Hmm this sounds like a severity 1…

With some help from Christos from VEEAM Support we actually traced back the steps.
First the thing when rescanning the proxies/repositories while they were “unavailable”

We followed the log sequence down to the host/repository rescan that I manually executed in order to
refresh the proxies and we found the following:

The above message doesn’t necessarily mean that something is broken, but a plausible reason for it could be that connection
through port “6162” to the repositories/proxies was not possible due to local restrictions of firewall or Antivirus.
After a reboot, this restriction might be removed and connection to the repositories/proxies can be successful again, thus
the jobs will run normally again. This could also be some local network issue which might get resolved with a reboot
if there is no FW/AV installed on Veeam server.

What actually caused it was the following:

By design, when I added the drive to the windws 2012 r2 Proxy (also repository) server. The new drive letter for the new
repositorie is D:, the default already existing repository points to E:.
So I added the repository, then I thought OOOOPS, the new repository should point to F: instead.
What I did then might be the cause of the incident….

I went back to the proxy server, deleted the drive, and created it again as drive F: (I did it on both proxies)
went back to the Backup server, and removed the 2 newly created repositories and created them again but then pointed to the F: drive.
I thought, by changing the drive letter, the default drive letter also got changed for the existing repositories,
so the backups are actually pointing to a drive / location which is valid, but cannot be found…
Repeated all the steps again a day later, I did the exact same, but then I added the correct drive. And It went 100% correct.

Well, it’s much easier than that to point the backups to a different repository rather than changing disk volume names etc.
If you face this situation in the future, it would be enough to go to backups-> disk and click remove from backups for the backup
set that has been “moved” to a new drive letter. After the above is done, the backups will no longer exist in your
database (make sure not to select “remove from disk” though). Then, by rescanning the repository, Veeam will import the
existing backups to the database from their new location making them available for usage again.
Once they are imported, they can be mapped to their original job by opening backup job settings-> storage-> map backup.
There is also a KB article about this which can help you understand this use case a bit better: https://www.veeam.com/kb1729

With thanks to Christos from VEEAM support for helping and pointing me into the right direction.